Bitcoin has been steady after FOMC statement

Bitcoin (BTC/USD) rose slightly on Thursday after the US Federal Reserve statement. The cryptocurrency was held to the $16,500 level after a soft stance by the officials. BTC was already gaining ahead of the remarks as investors were optimistic that the Fed would cool down on rate hikes.

Friday’s Fed statement just confirmed what the market expected. Officials indicated that they would slow down the pace of interest rate increases. Fed cited the uncertain lags associated with the monetary actions on inflation and economic health. The monetary committee settled on the fourth 75 basis points hike regardless. Although this didn’t signal that the interest rates would remain low, it gave markets a softer landing.

Despite the somewhat positive signal from the Fed, the price of Bitcoin should be viewed within the wider risks contagion. In particular, the confidence crisis created by the collapsed FTX exchange could linger longer. Combined with a potential recession, we could wait a bit longer to see a sustained surge. The slow pace of gains recorded by cryptocurrencies after a dovish statement confirms a lacklustre market. To a technical reader, Bitcoin is not yet bullish.

On the daily chart, Bitcoin’s price has slightly increased since finding support at $15,700. However, buyers are facing challenges taking the cryptocurrency above the $16,500 level.

Although the RSI has slightly improved from the near-oversold level, the reading is still below the midpoint.

What next for Bitcoin?

A mixed trading outlook suggests that the BTC price could go higher or lower. There is no confirmed bullish reversal unless the cryptocurrency clears the $16,500 level. That would allow bulls to ride a bullish surge to the $19,000 resistance.

In the words of Bitcoin enthusiast Michael Saylor, if you buy BTC in a timeframe of fewer than four years, you are “just speculating it.” Longer-term buyers would still find BTC attractive, not necessarily for four years, but up to the next bull run.

Where to buy BTC

eToro offers a wide range of cryptos, such as Bitcoin, XRP and others, alongside crypto/fiat and crypto/crypto pairs. eToro users can connect with, learn from, and copy or get copied by other users.

Bitstamp is a fully regulated company which offers users an intuitive interface, a high degree of security for your digital assets, excellent customer support and multiple withdrawal methods.

The post Bitcoin rebounds slightly after the FOMC but is the cryptocurrency bullish? appeared first on CoinJournal. 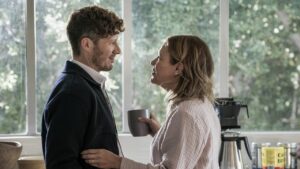